A Geek’s (Basic) Guide to Voice Over Hardware 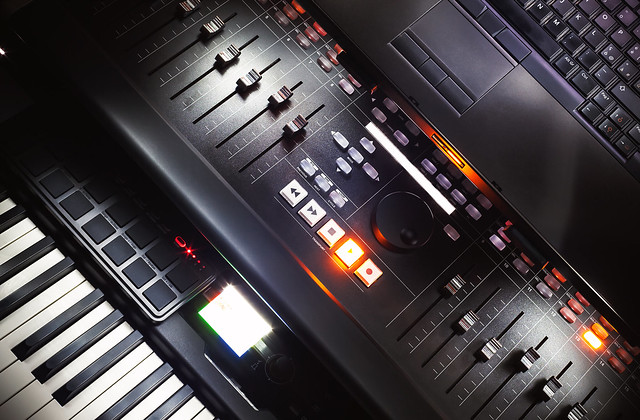 So you’re looking to get into the awesome world of voice over, but your not sure exactly where to start, well here are some suggestions on some beginner microphones, audio interfaces, and headphones.

First, the star of the show, the microphone. There are two primary types of microphones used in voice-over work, USB and XLR.

Now, there is a pretty good chance that you have seen or heard this mic before.

This is the Blue Yeti, a USB microphone that is used and recommended by many in the podcasting, or commentating space. This device can be seen being recommended by many on popular sites such as YouTube and Twitch, being praised for its incredible audio quality and it’s “plug and play” ease of use. I myself even used it when I first started, and it still works great to this day (though now I use it for discord or skype calls). For those who need a simple solution for recording commentary, this a great option. However, just like most USB microphone, it suffers from a major flaw. That flaw being the gain control on USB mics. Now gain control is seen on a few USB mics (such as the yeti), however, the range to what you can control is very limited. When I first started doing voice over with my yeti, I would need to stand a good three to four feet away from the microphone to prevent the audio from peaking. The issue though was the audio had way more reverb being recorded than what was acceptable (because of the distance from myself and the mic), meaning the projects I could audition for were limited. That being said, USB microphones are a great option for those who are looking to recording commentary in a portable package that is easy to use. Here are a few USB microphones I would recommend.

Now for the main attraction, XLR microphones. XLR microphones are different from USB ones in that they do not process audio from analog to digital internally, instead, they rely on an Audio Interface to process the audio (more on those later). This makes for a set up that is more complex (and often more expensive) than the simple plug and play ease of a USB Mic, the trade-off though, is being able to have more control on the audio input as well as a higher quality recording. For those looking to get into professional voice-over work (whether Commercial or Character), this is the type of Mic that you will want to use.

As mentioned above, an audio interface, or digital to audio converter (often referred to as a DAC), is what connects your XLR mic to your computer. An inherent downside of an XLR set up is the cost of the mic as well as the DAC, however, there are many great budget options out there. With that being said, know that DACs can affect the quality of the audio being recorded, so if you decide to invest in high-quality mics, make sure to invest in a DAC that will maintain that quality, not diminish it. Here are some popular options, most of which won’t break the bank.

The last type of hardware is one often overlooked, headphones. Having headphones with a flat sound is very important when recording and editing audio as it gives the user an accurate output. Most headphone used in audio production will have a quarter-inch jack, allowing them to be plugged into most audio interfaces, some do use an adapter and have a standard 3/8″ jack, allowing them to be plugged into standard headphone ports. Here is a list of some headphones you can use for audio production.

One more thing to remember is that at the end of the day, great hardware will only take you so far. Being able to have proper recording techniques, editing practices, and a properly treated recording space will greatly enhance your audio. Especially take careful note of your recording space, you can have the best gear in the world, but if you record in a room with no acoustic treatment, you will be plagued by reverb. Also, take note that this guide is very surface level, and it is highly recommended you research what gear will work best with your set up and voice.

Disclaimer, I do own equity in both Sony and Logitech (the company that recently acquired Blue Microphones), companies whose products are listed in this literary composition. My stake in these companies does not affect my thoughts on their products or their placements on these lists.